The first cantata on this list of cantatas of which the occasion or first performance date is not known, is most likely a celebratory birthday cantata, so that's very appropriate. First performed in 1725, and possibly 6 years later again for the birthday of his friend and university professor Johann Matthias Gesner, it is also the basis for the liturgical cantata with the same name Schwingt freudig euch empor, BWV 36, written for the first Sunday in Advent.

Next up, Erwählte Pleißenstadt, BWV 216a, is a reconstructed cantata (performed here by Alexander Grychtolik), a celebratory cantata most likely for the town council of his beloved Leipzig.

Herr Gott, Beherrscher aller Dinge, BWV 120a, is a marriage cantata, with a parody relation to Gott, man lobet dich in der Stille, BWV 120, but it is not known which work influenced which. It also borrows from the 3rd Violin Partita, BWV 1006, and an earlier cantata, Lobe den Herren, den mächtigen König der Ehren, BWV 137. This allowed the reconstruction to be made, performed here by Ton Koopman and the Amsterdam Baroque.

Lastly, Gott ist unsre Zuversicht, BWV 197, is a marriage cantata (not known for which lucky couple), and is a rework of his (partially lost) Christmas cantata, Ehre sei Gott in der Höhe, BWV 197a. 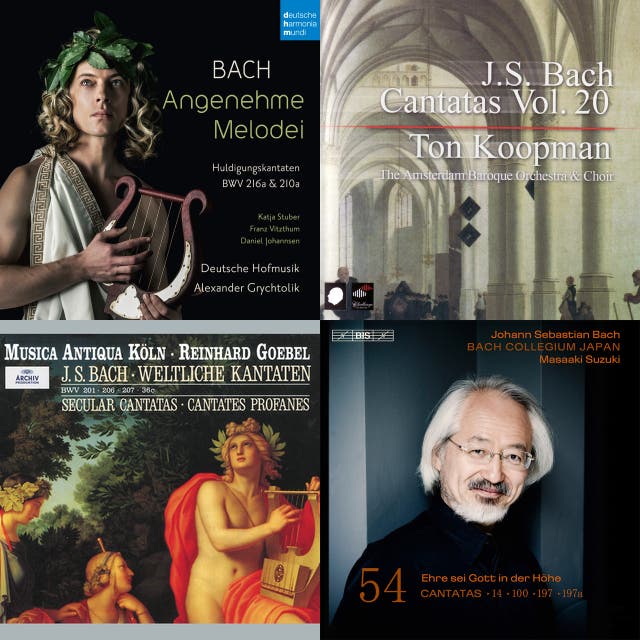 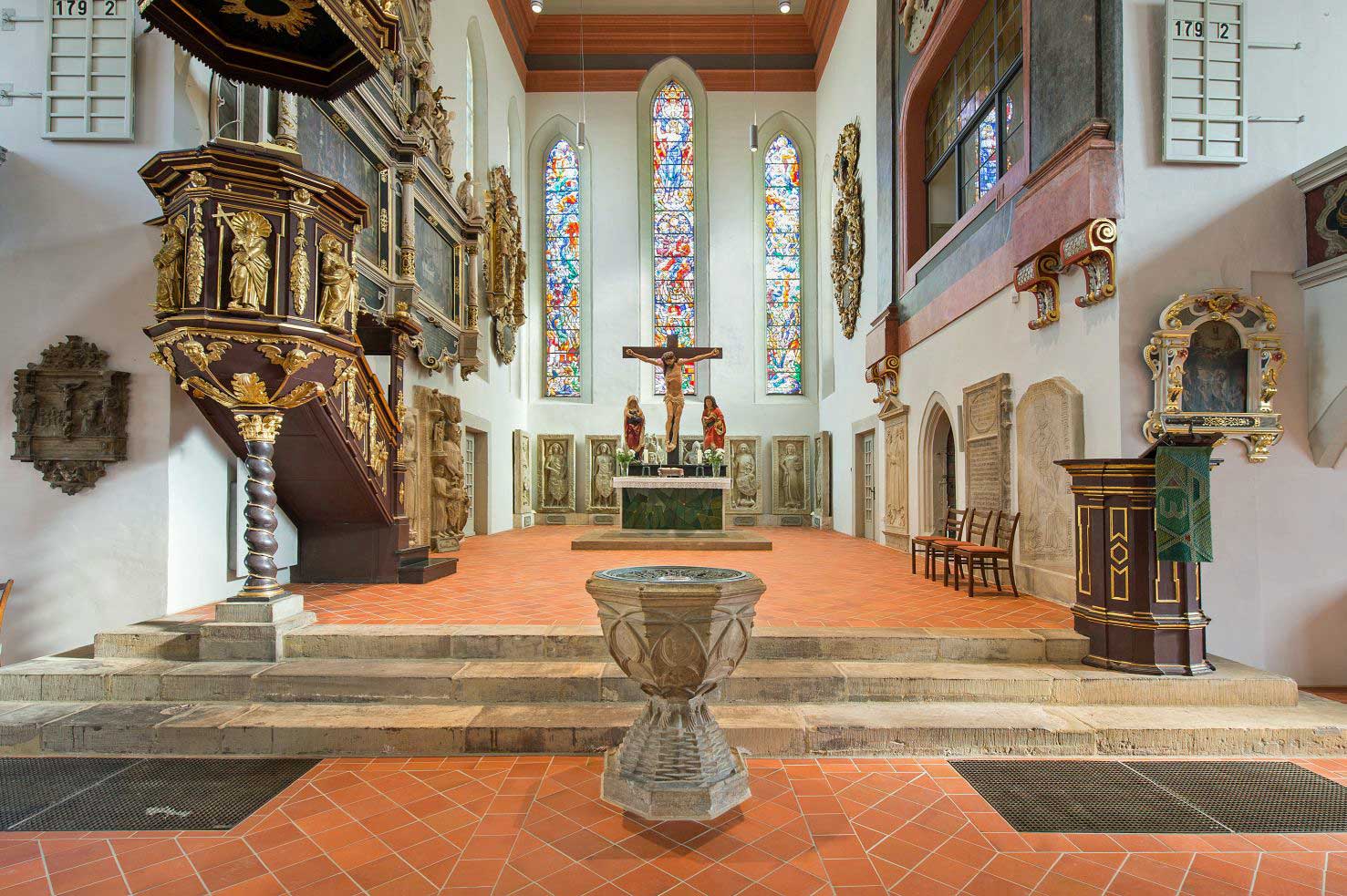 The baptismal font in the Georgenkirche in Eisenach, over which Johann Sebastian Bach was baptised on April 2nd 1685, two days after his birth.